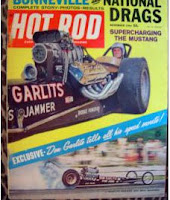 I have been a magazine reader for quite some time. In fact, I’m a periodical reader by nature, it would appear. Whether it’s the newspaper or the variety of magazines I currently read or have read in the past, I guess that I prefer material that is relatively fresh. I still don’t like reading my news online, however I have accepted it as a necessary evil. I simply can’t subscribe to the print version of all the newspapers I would like to read, but I can get what I need online.

It’s a little different with magazines though. True, the online versions of news magazines such as Newsweek and Time do present breaking news on their web sites, that’s not what I read them for. I read weekly news magazines (I subscribe to Newsweek) for more in-depth analysis of the news and to get a better perspective on the trends that might be developing. Although the stories still tend to be episodic, there is at least an attempt to provide the necessary background to help explain how certain stories emerged.

Besides news magazines, I read an odd assortment of special interest magazines. The magazines I read evolve as my interests do and I find these monthlies (usually) have a wealth of information that can get me caught up on the nomenclature, the technology and the industry of whatever my interest du jour is. When I was young, it was Hot Rod magazine, of course. As my interests changed, so too did my monthly reading materials. I would find myself anticipating their publication and then devouring them in a matter of hours.

A variety of circumstances have prompted me into new and exciting hobbies. Among the more profound was the loss of my driver’s license due to too many (ahem) speeding tickets. As a result, I purchased a new road bicycle and started commuting to my two jobs on it. I was logging as many as 250 miles per week and, as luck would have it, it was right about the same time Greg LeMond was turning the cycling world upside down as the first American to win the Tour de France not once, but three times. Lance Armstrong was just a child.

Bicycling magazine was my primary source of information of all things cycling. Over the three or four years I read it, there were stories recalling the sport’s history, the current technology and where the sport was heading. When mountain bikes began to take hold, I migrated to the new sport and began reading Bicycling’s new publication - Mountain Bike magazine. The information gained through these and other bicycle-specific magazines that I would pick up at the newsstand kept me informed to the point that there was little I did not know about the sport. 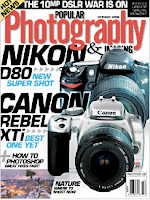 Eventually my interest in cycling faded only to be replaced by another. And then another. Currently I am involved in snowboarding, photography and four-wheel drive vehicles; I read magazines that are specifically oriented towards these activities. Although I still maintain some interest in former hobbies, I rarely read the magazines related to them anymore. One exception would have to be Hot Rod Magazine. My son owns a 1969 Impala and has a great deal of interest in classic Chevys. I probably wouldn’t care so much otherwise. Ironically enough, it was one of the first magazines I read on a regular basis. And the beat goes on…
Posted by Michael K. Althouse at 7:57 AM

I lpve MacLean's...basically Canada's Newsweek. Good for politics. I also love InStyle...because I'm a fashion whore, lol. National Geographic Traveller is one of the best travel mags out there.

Ahaha...so there's my run-down! And yes, magazines are a completely different beast.

i have tons a magazines, but most are scrapbooking related. i just started on a travelling kick and now subscribe to ng traveler and budget travel. I do remember my younger days w/ my obsession w/ glamour magazine - when i see it i can't believe i was sooo into it back in the day..

I love magazines. Adore them. However, after subscribing to them, and getting the first few copies....I'm so bad. I allow them to pile up, UNread. I have all great intentions of reading them. Even have put aside "magazine" catch-up days. Nothing worked. So over time, I've let all my subscriptions lapse. Guess I'm a book person after all.

my fav mags are Real Simple and (don't laugh) Oprah. her articles are meaty self help, which i like.

your photography mag looks interesting. i need a new hobby..

OMg I was scrolling down and saw the photography mag... I thought it said pornography! lmao!!!! I did a double take! OMG!!

I stopped getting magazines since I never really read them unless I am in a doctors office or on a plane. I think I OD's on them abotu 5 years ago and they have lost their appeal (although if I were reading what you were (or werent reading as the case may be) perhaps I would have more of an interest! hehehehehe JK)