It Was About the Music and a "Rock & Roll Band" 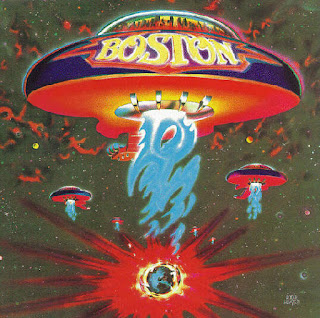 I am a child of the seventies. I grew up in the seventies, I came of age in the late seventies… in the early eighties I became an adult. It was a tumultuous time, an apathetic time, a time when everything was being redefined, reinvented and moving as fast as it was standing still. I can’t say that my teen years were any more confusing because of the time in which they occurred, but in retrospect, there was a lot going on. Maybe too much. We were the generation that had to pick our way through the aftermath of so much revolution - and there was no clear path.

But we had the music - the big-hair, larger-than-life, album-oriented rock. Radio stations in the San Francisco Bay Area read like a who’s who of pioneering "album oriented rock" stations. KSAN, KOME, KSJO, KMEL and later the classical turned “rock of the eighties” KFOG. These venerable beacons of sanity in an otherwise insane world kept us plugged in to the constants in our young lives… it was the music.

I’m not speaking of the bands that emerged out of the sixties with a new coat of paint like Jefferson Airplane, The Rolling Stones or Led Zeppelin. True they were icons, rock and roll gods, really, but they predated my peers and me. When I discovered rock, these and other bands were already established superstars. The music that hit the scene as we did, the big-hair, big song and big venue mega bands, will always be near and dear to me. Van Halen, Boston, Kansas, Sammy Hagar, Triumph, UFO and the Scorpions, just to name a few. These were our bands, they grew up with us… and we were there on the ground floor.

Some of these bands have faded into obscurity; some are still mega-stars or have resurfaced in any number of “re-union” tours. And please, keep them coming. Others were plagued with fits and starts - many of them were “one-hit wonders,” yet we loved them all the same. Some went to rehab, some mixed and matched members and far too many died. These guys were not much older than myself, and some are the same age. 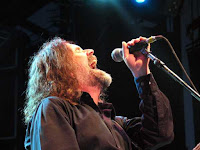 Last Friday, Brad Delp, the lead singer for Boston, a band that epitomizes all that was the seventies, died in his home. He was 55. The cause of his death is still unknown, but preliminary reports indicate that no foul play, drugs or alcohol were involved. It was just a tragic, untimely but apparently natural death. (Update - it was determined to be suicide). By all accounts he was, “The nicest, kindest, most caring, down to earth rock star the world has ever known.”

There have been a lot of rock stars that have died over the years, but none have had the impact that I have felt from Brad Delp’s death. I’m not sure why. True, Boston is one of my favorite all-time bands, but certainly not exclusively so. Others have come and gone, other heroes who I have seen many more times in concert have passed on, only garnering a passing reflection - a fleeting, "how sad," from me. This one is different. Boston was different. Many members of many bands can be and have been replaced - it happens all the time. Brad Delp’s voice, however, was the sound of Boston - he cannot be replaced. But he left behind his music and that will live on forever.

I am unfamiliar with that band but that's because I am so much older than you Mike...BUT, this loss I can certainly understand...And why you would feel it so deeply. Do you think it has something to do with the purity of this man and his music, plus, it is a big part of your younger years and the sadness of this loss is symbolic, too....Whatever it is, I am so very sorry, dear Mike.

Being a child of the 60's, I felt that way when John Lennon died (and then Gerry Garcia). I missed much of the big hair music of the 80's but got back into music with the rise of Tom Petty, U2, the Pretenders and more. I'm not familiar with Boston except the name, which is where I'm originally from and I guess maybe they were too?

The only thing I know about those bands came from hearing some of that music when my kids were listening. It is always sad when an icon dies, expecially if he was known to be a genuinely nice person.

What a great tribute! I, too, grew up in that timeframe, listening to a mix of those bands and the 60's groups. I also loved Chicago, The Doors, Van Morrison, & the Eagles to name a few. Was sad to learn of Delp's passing.

Wow, reading through the post, I totally did not see that coming. I had no idea, either. You're right, Boston could never be Boston without him.

The last musician-death that affected me strongly was that of Jeff Buckley.

You're also right about our musical interests, something mentioned a few weeks back.

I also grew up in the era of big hair, van halen and boston.

By coincidence, I have on my blog, playing at the moment, Boston's hit 'More than a Feeling'.

My condolences on his passing.

Boston will always be linked to my high school years......

This hit me hard too, Mike. His voice was near perfect, he was a good person, Boston was part of the soundtrack of my life...

I'm a bit younger (38) but I loved Boston & was shocked to read that Brad Delp had died, I'm glad to see you wrote about it because in my travels around the blogosphere I haven't seen anyone else doing so & I myself, didn't have anything to say that made much sense.

barbara is right - boston are part of the soundtracks of our lives - back in the days of records of 33's, of LP art - halcyon days - am not sure it's my favourite song but more than a feeling surely is one of the all time classic sounds, that and journey's don't stop believing shaped my teens

I have to admit that I'm too young to be overly familiar with Boston... But it's nice to see the impact that Brad had on people's lives.

Pre-natural death is always a tragedy. The music lives on, for that I'm also greatful. Great sound n tunes on the airwaves forever.
It's tough self-identifing with deceased peers, feeling we know them well through the media we live with-
condolences to all the fans-

I was a Boston fan in the 70s too. Still am! I've been playing their CDs in high rotation since Delp's demise. (I do have their LPs too!)

A touching tribute. Thank you for posting