Staring at a blank page… it’s begging to be filled. Words and punctuation are only symbols. They mean nothing until they’re translated into something more. Not just another code – spoken words… or sounds - but into pure energy. Words are transformed by decomposition, decompression and decoding into flows of energy manifested in thoughts and ideas. Feelings and emotions can be created as well, as the never-ending cycle of energy transformation continues. 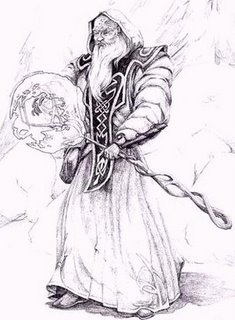 Backwards as forwards, energy flowing from thought into word is transferred into stored energy. Spoken words, or symbols of sounds, may be transmitted to one, to thousands, to millions. Indeed, this energy storage and transmission is not “renewable,” it’s inexhaustible. As the symbols and codes exist, so too does the power – readily available to be converted again. And again. The collected wisdom of mankind is available and ready; be it via known languages or long forgotten tongues, the energy is there, waiting to be released.

With the new age of technology and the pace of development in today’s world, the accumulated energy is so great that no one person is able to release it all. But imagine if one could… to have all that collected wisdom – the discoveries, the inventions, the creations – it boggles the mind. However, what if... what if technology could release that power? What if the power in those words and works were available, in an instant, to all who sought it? Could it be that the questions of all time, the riddles and the puzzles are already solved if one only had all the known information? 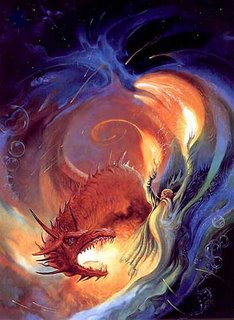 I have often wondered about magic. Fairytale magic, witchcraft, sorcery, incantations, natural, spiritual, scientific or physical – I don’t care – just magic. Why? To get “there” faster? Yes, there was once a time. To solve unsolvable problems? Sure, mine as well as yours. To make the world a better place? I’m not sure even magic alone could do that. To accomplish the impossible? To travel to the ends of the universe or… to travel to another one? Would magic be able to produce answers? Could it be an aide to finding the solution, or would it render the solution moot?

So, I have come to some conclusions that are, of course, subject to change without notice. First, there is no “Harry Potter,” magic wand brand of magic. That leads to several other conclusions that are similar regarding witches, warlocks, vampires, alchemy and a host of the other “classical” views of magic. I could be wrong, but the evidence as I see it is overwhelmingly lacking. However, the term “magic” is subject to interpretation and with a sufficiently accommodating definition, magic is very real indeed. It operates continually and forever. It cannot be extinguished or exhausted.

It is pure power. The energy that goes into and flows from words, coded from thought, born of magic. Pure magic. Whether it is defined by the electro-chemical nerve impulses firing from one nerve to next one ad infinitum or the vastness of all we have yet to learn or the miraculous progress we have made in the last ten, 20, 50, 100 years, magic is present. And it all stems from a means of translating the energy from one to another – of conveying the power that we as humans possess alone – the transmission and storage of unlimited, unbridled and unimaginable power.
Posted by Michael K. Althouse at 5:43 PM

i will come back and read this later...right now I am

In reading your blog about Magic, it led me to see the magic in blogs - many people sharing the little magic that the have, casting their own spells out into the world hoping to shead a little mmagic into their own world by doing so.

I ejoyed your blog - I willkeep searching for that harry potter brand of magic - I think it's sounds the most fun.

"And it all stems from a means of translating the energy from one to another – of conveying the power that we as humans possess alone – the transmission and storage of unlimited, unbridled and unimaginable power"

well said. this is why we're drawn to each other. humans, i mean. the intoxicating urge to connect. with words or even a look. i was driving to work the other morning and a man stared at me through his rearview mirror while we were at a red light. it was mesmerizing..(or maybe he thought i was staring at him)

have you ever read "The Celestine Prophecy"? it deals with energy transferred from one person to another and a quest for the source, answers and revelations pertaining to that draw.

Wow! Intense! I love it!

My Thesis is that 'magic' is just another way of saying Quantum Mechanics....

The transcendence of energy......magic is a gift from the Big Kahuna.

Just like in the Wizard of Oz....I don't want to see behind the curtain. I would rather believe that magic is power that is beyond our capability of producing without His wink from the cosmos. :)

I've always believed in the power of "The Word" (written n spoken), which can transform lives.
Also, I believe in spiritual magic, like the power of prayer. Of course, scientific processes perform the seemingly magical functioning of our world.

Sorry I've been away so long, n just caught up on ALL I missed here! I'll get over to your other two a bit later.

The beauty of magic is recognizing its powers when you least expect to. I'm still waiting for mine to come back, as I've been going through a serious dry spell lately.

I do believe in the power of the spoken and written word, and have seen the transformation of ideals on a personal level. Maintaining that level is gift that eludes me from time to time. Hence my lack of more posts on my blog. The words don't flow as I'd like them to right now. It must be time for a change of scenery.... or a vacation to get my mojo back.

At least I know that it will come back, which is a different set of magical powers altogether.