Mississippi and Katrina - One Year Later 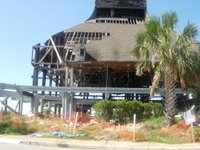 I want to put these images into perspective. Multiply times… like, a million and then maybe the magnitude of the destruction can be felt. And don’t forget, this is 364 days after the storm hit. Much of the debris that was strewn everywhere has been cleaned, burned, recycled or simply and somehow removed. It still resembles a war zone. 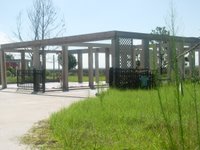 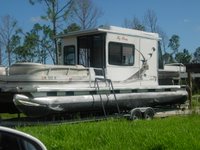 In Mississippi, everything along the Gulf Coast is gone. All that is left are skeletons - from the knees down. In Mississippi, the FEMA trailers tend to be grouped into communities that look just like trailer parks except they’re on what were formerly school grounds, parking lots or any other area that could be cleared of debris. In New Orleans, the devastation was primarily from floodwaters that remained for weeks – the debris came more from the homes’ guts being removed and piled on the streets – in Mississippi, there was nothing left to gut. 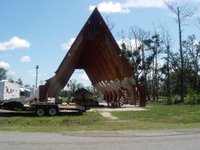 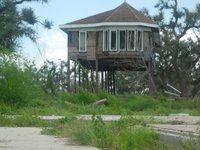 There is devastation along Interstate 10 from New Orleans to the Mississippi state line. As far inland as 30 feet above sea level, their world was rocked. Although the flood waters from the storm surge came and left in one motion, combined with the winds she generated, Katrina showed no mercy. She was an equal-opportunity disaster and all that were in her path felt her wrath. The scars are healing, but Katrina has become the national standard by which all future disasters must be measured. 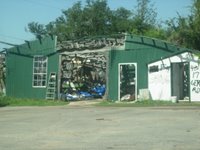 Now as the media, the government and the nation remembers the day that redefined so much, it is also time to remember not to forget. There was an impressive outpouring of support, financially and otherwise from a nation that was stunned, but it faded over time. The real work is being performed everyday by those who must to rebuild their homes and by the unsung volunteers that are selflessly giving more than just their money. They are giving something that is needed now more than ever – their sweat. 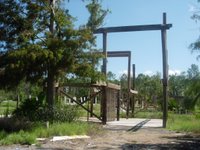 Many of these efforts are coordinated and administered by volunteer organizations, and I’m not just speaking of the likes of the Red Cross or the Salvation Army, although their efforts cannot be understated. I am speaking of the efforts of literally thousands of small volunteer efforts from small locales… and they are doing big things. Many of these groups are small churches whose volunteers pay many of their own expenses to help those who have lost everything. These are the people who are getting the job done – this is the kind of help that is needed most. They know how to get things done – by doing it. 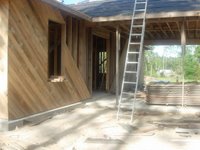 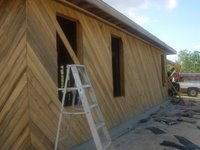 Thanks for bringing this story to light. I had wondered how the Gulf was coming along.

It seems like they will miss Ernesto for the most part, but you are right, Katrina will be the measure for which all storms will be held up against in the future.
I only hope FEMA and our government learned a few lessons through all of this.

It is sad seeing this, although it is good to see the rebuilding.
Hope your trip was good.

It is so hard to fathom, isn't it? Even seeing pictures and watching that brilliant Spike Lee film on HBO...I wish everuone in the whole country could see this film---particularly are present administration!!!

Thanks for posting all these pictures, Mike...a grim reminder of the governments failure to act in a responsible humane manner!

It's tough to see that a year later these people still aren't getting the help they need to rebuild quickly.

Hopefully this hurricane season will be tamer for their sakes.

Thanks for your timely personal eye-witness report. Good pics that speak volumes.

Kudos to all the volunteers and the churches that held life together for so many residents who stayed after the devastation n needed a place to stay for months, before any trailers were available.