I remember going to visit my aunt, uncle and cousins in River Ridge, Louisiana. River Ridge is in Jefferson Parrish, about ten or 15 minutes from New Orleans. (Yes Katrina left her mark there, but compared to the devastation in the immediately surrounding area, not so bad). Although visiting the suburban and metropolitan areas of New Orleans was a blast in its own right, it only became significant after I was old enough to appreciate it. 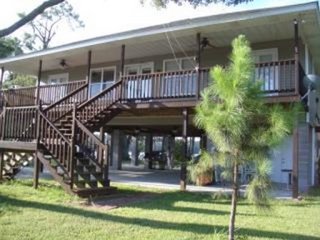 What really made these summer excursions from California special was going to the “Camp.” The Camp is (was) a vacation home. My parents have one too. Theirs is on a beautiful little reservoir called Lake Tulloch nestled the low foothills of central California – we call it the “Lakehouse.” The Lakehouse isn’t a house and the Camp 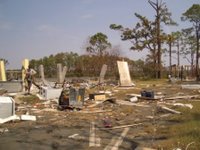 isn’t a camp – it’s just the code our family uses so that we know what we’re talking about. No one discussed it as far as I know, these terms just sort of evolved.

The Camp is on a lake too. It’s on the Mississippi gulf coast just outside of Waveland – not too far from Bay St. Louis. Several families jointly own the lake, the shore and some of the surrounding acreage. All of the families have a “camp” of their own on the lake and collectively pay a caretaker to maintain the common areas and to keep a watchful eye over the entire compound. I don’t know if they’re all called “camps.” 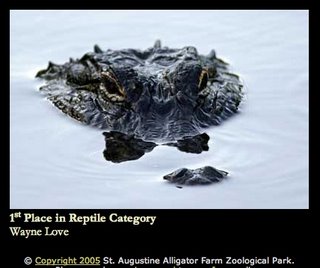 I remember those halcyon days as a California boy on the bayou. I was in a different world – and I looked like it, but I didn’t care. There was wildlife that I had only read about and some I had never even heard of. Fishing, boating, shooting, crabbing and swimming, enjoying a certain Huckleberry Finn kind of freedom while still in the confines of the Camp, however, came with warnings (which I headed) about not just alligators, but also water moccasins and a host of other not too pleasant wild life. 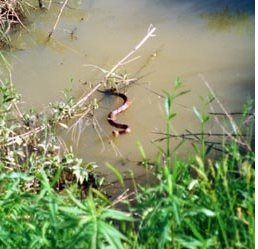 Although out in the far reaches of the lake and further out into the swamp (ultimately leading to the Gulf of Mexico), alligators and other critters were everywhere – so much so that spotting them became commonplace, in the more “civilized” part of the lake where the homes and docks and swimming areas were located, they were considered a nuisance.

I remember hearing talk of the alligator being endangered – both in grade school and while getting a more “hands on” education in Mississippi, but the two versions didn’t add up. In the classroom, they were about to become extinct and in “the field” they were everywhere, a nuisance, and could be (on at least one occasion for sure - I was there) killed for the sake of public safety, if indeed a reason was needed at all.

Life at the Camp had a very laid back, easy-going feel to it. It didn’t resemble in any way, shape or form the kind of “easy-going” lives Californians fancy themselves enjoying. It was true; it was real; and it was genuine. There was never any real hurry to do anything or be anywhere. Life on those muggy summer days years ago was like the slow southern drawl spoken there – at least when viewed through the filter of youth and naïveté. 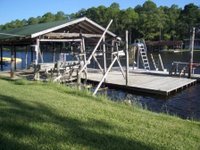 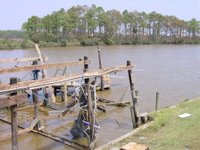 Of the four or five extended visits to the Camp, there was only one time I felt any sense of urgency at all: when Hurricane Andrew was heading our way. Coincidentally enough, I was no longer a kid - I had kids of my own. There are things to do when bracing for a hurricane – evacuating is the last of them. Boats have to be moved, windows have to be boarded up and anything of value, sentimental or otherwise, that can be saved needs to be moved. Then we got our tails back to Jefferson Parrish. Andrew missed us and disaster was averted, this time.

Katrina would not be so kind. As told earlier, the homes of my family members were – for the most part, spared. The same could not be said of the Camp. Although large parts of the greater New Orleans area were flooded, the Mississippi Gulf Coast was leveled. There is precious little left of the camp. This was not the first time that a hurricane’s wrath has visited this part of the country and in all likelihood will not be the last. 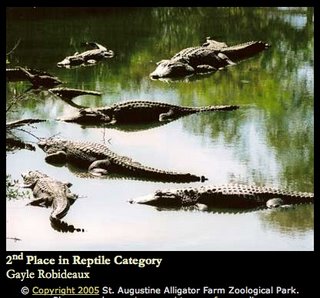 Look at these pictures! How do you prepare for this? It appears as though nothing could survive. This in not, however, the case. True, the wildlife did suffer, but it is probably fair to say that it is better adapted and faired far better than we did. The alligators are still there and probably quite happy that those pesky people are gone for a while. They probably consider us a nuisance.
Posted by Michael K. Althouse at 1:11 PM

Enjoyed reading about one of your childhood memories. I found the part with the alligators interesting. How you were learning one thing in school and experiencing quite the opposite. Sorry to hear about "camp."

What an interesting vacation you took as a child.

BTW:check out Saur's blog post for an entirely new twist on the gators!!

bb ~ Don't worry too much about the camp... This was not the first time it was destroyed (though perhaps the most complete) and it will rise again. They're funny that way in the South.

As far as school goes - it would unfortunately become a pattern - being taught what aint necessarily so.

bfc ~ Saur is the one that deserves credit for this post - it all started as a comment on her page.

Very nice childhood story, and very complete with the camp. All childhoods should include one!
You were more brave about the gators and snakes than I would have been. Just not a fan of reptiles.... except Mr. Gator who comments on Saurs blog.

Funny that you should mention about the South rising again. I said the same thing on my post today.

Wow, my son would love to visit the camp. Sorry to hear it got hit, but sounds like they will rebuild from what you wrote above. Another great story, Mike. Did you have long hair when you were a kid too?

ellen ~ I read your post today. You did the same thing to me that Saur did! I left a mini-post in your comments!

barb ~ANY boy would love it... some girls too, I'm sure. The camp will be back and yes, I did have long hair as a kid too.

I can see me..climbing down those stairs myself...the sun is hot...the wafting breeze scented with everything that is green....

your words did that...

a place that does not exist in my world...exixts now for me...

Beautifully written, and very interesting, as always. I'm delighted that my post inspired this!

So sorry to hear that the "Lakehouse" is no more, though. :o(

i love how blogging lets me peak into another world... hello Michael, i've been having a mooch through your archive and like your writing style very much. i hope your course is going well - i'll definitely come back again soon

thanks for sharing these memories... a smooth and easy read.i think i'd enjoy the crabbing, especially reaping the rewards :)

What a wonderful picture you paint of those "camp" days...it is fascinating how when you are all in a different environment that your normal one...EVERYTHING is different, including, in this case..the pace!

Those Hurricans sure can be brutal...sad that The Camp has been destroyed...Do you think it will be built up again? I hope so.

Ahhhh the Alligators...They MUST survive...ecologically, we need them, don't we?

I love the photos you included here! I really cant even imagine what it must feel like to truly know the devastation.

I visited NOLA for Jazz Fest the year b4 Katrina. It was a wonderful weekend and I am so glad that I have it stored in my memory that way. My memory is really such a general one and I have no real ties to the city. Your memories and loss were much further reaching... must be like the feeling when your prize plate from Great Great Grandmother drops and breaks. Can you get through? ya... Can you glue it... perhaps... but it will never be the same.

Hi Mike. I'm over from Saur's blog. Loved the post. The pictures are amazing. I know what you mean about being a California kid in the bayou. I came to Florida from San Diego when I was tewenty. I was amazed by the creatures here.