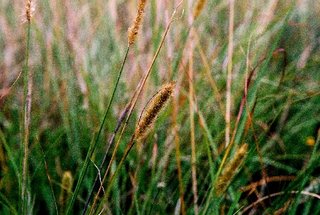 It’s in the low to mid 90s, not a cloud in the sky and there’s a gentle breeze blowing. Spring is in full swing in central California. The late and long-lived rainy season has come to an end – everything is green and blooming. We may have hated our overtime winter, but the foliage sure didn’t. In fact, it’s celebrating at this very moment by sending plume upon plume of pollen into the air. I hate the rain!

This time of year - where the Sacramento and the American Rivers converge and turn into the Sacramento River Delta on its way to becoming San Pablo Bay before merging into its more famous Siamese twin, the San Francisco Bay - it’s the grass pollen. Trees are a big offender too this time of year, but the trees and I have an agreement: I respect them and they leave me out of the allergy wars. The grass, on the other hand, has no such mercy. 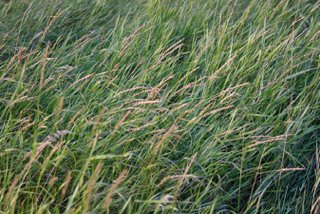 Perhaps it’s from the acres of lawn I mowed as a kid. Maybe it’s the years of disregard shown toward the grass when running it down playing football, baseball, Frisbee or tag. Perhaps this is the grass's way of making up for the discrimination their first cousins the weeds have had to endure. Whatever the case, they are armed to the teeth this year and pulling out all the stops. My only defense is the well-filtered air available from a “controlled” environment. Thank God for air conditioning.

When living at 6,000 feet, the grasses didn’t have the strength to mount much of an attack. I was therefore largely symptom free for the 4+ years I lived in Truckee. Upon my relocation to the flatlands (2002), the combination of only moderate rainfall and the new allergy medications (Claritin, etc.) made a long-time seasonal malady a thing of the past. I thought that these new medications were my ticket to freedom and hailed their effectiveness to anyone who would listen.

This year, however, no such luck. Maybe the pollen count is so high that it’s overpowering the Claritin. Perhaps I have acquired a tolerance to it. Maybe my genetic predisposition to such a condition is progressive. I don’t know, but I think it’s that damned rain. It’s still relatively early in the battle, however, and I have not exhausted all my resources yet. 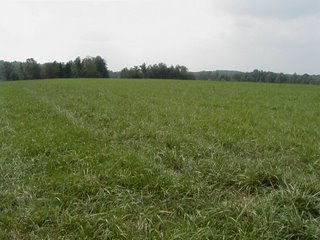 Indeed, the treatment of seasonal allergies has come a long way since the release of Claritin, Allegra and company. Up until now, there has been no reason to do any further research – it wasn’t broken… no need to fix it. However, if I want to enjoy this beautiful weather as much as the grasses are, I’ll have to retaliate. This hay fever is holding me hostage… no camping, no hiking, no biking, no windows rolled down and worst of all, no Harley.

It’s time to fight back; the war is far from over.
Posted by Michael K. Althouse at 3:13 PM

Please send some grass down here and some SUNSHINE! You Central types are using it all up while us Southerners are under a marine layer for weeks!

And don't you just hate how the pollen sneaks through every crack and crevice to build up on every surface in the house?
It doesn't matter how many times you wipe it away, you can still write your name on the coffee table an hour later.

Good luck with the allergies... I've never been a sufferer, but it does get to me a little when it's at it's fullest peak.

Here's to many boxes of kleenix at your immediate disposal....

This mess didn't used to bother me at all. Now the last four or five years my nose and eyes cry foul. Don't forget the itch in my throat and that continues draining. aarrrgggg...hack...spit

Hope your hayfever gets better quick so you can enjoy the outdoors!

I'm sure you'd be taking meds if they helped? But have you tried allergy shots yet?

To all ~ Thank you for reading this post. After re-reading it, I wish I'd never published it, but it's water under the bridge now. It reads like so much whining - and I am not a whiner. However, in respect to those of you who took the time to read it, I'm leaving it up and will honoer your time with a little of mine:

saur ~ Shots would be an absolute last resort... I just got some Allevert and it seems to have taken the edge off at least, the jury's still out.

wooley ~ The way I understand it, one must be exposed to the alergen for some period of time before it becomes a problem. Allergies often develope late in life. That's why food and drug allergies can be so dangerous - you couls take, say aspirin for years then all of a sudden BAM, it kills you.

ellen ~ Thank you... it's starting to get a little better.

Barb ~ you can have it if you'll take the pollen too!

so, if you were one of the seven dwarfs, you'd be sneezy.

if i could i'd send you some soft tissues and make chicken soup, just cuz it's yummy.

Allergies suck! I just developed an allergy to cats....which I'm disapointed about because they are my favourite animal! Boo.

Hope you can hope through this allergy season! No moving of lawns for you! :)

oilf ~ I'm allergic to cats too, but only some cats. The only problem is, I never know which ones until its too late.

I feel your pain...
I'm allergic year-round, trees, grass, dust mite...
I outgrew Clariton's benefits, went off it 2 years, now back on n it's working again!
Also, Singular is pretty good while off the Clariton.